That Experience Convinced Me, They Are Well Made. 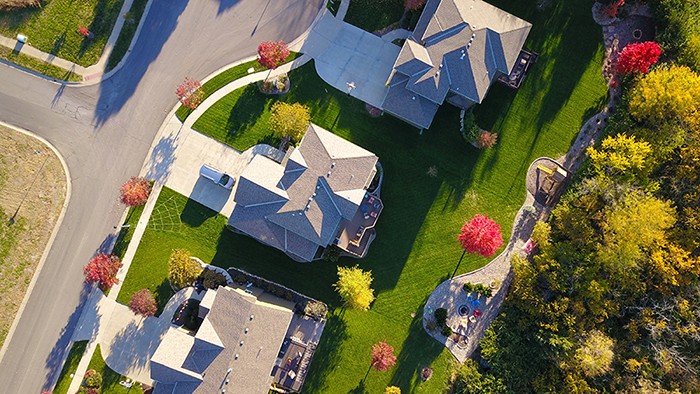 Living in an urban area with lots of trees, I usually don’t try to fly any drones, other than small ones, close to the house. I usually drive to a location with more open space, which is what I know I should do.

One particular morning, after some time of poor weather conditions, I got up and saw the sun shining, almost no breeze and moderate temperature. I decided that I would “quick” go out and fly my HS700 a little bit.

I assured myself, that with the lack of wind, I could easily navigate upwards between trees and get above the trees and then flying would be great. That actually worked and I was enjoying flying and watching the FPV image on my phone. As I was getting to the end of my time and needing to soon quit, I decided that I needed just one more view, and picture, of our house from above. I could see Ophelia above and looked at the screen and saw that I needed to go backwards just another 15 meters or so.

I looked up again, and sure that I was high enough, I looked down at my phone as I flew back to get a full view of the house. Suddenly I heard a sound that I knew was trouble, and realized that I had misjudged the height of that tree. Sure enough, my HS700 was stuck in the tree.

I later estimated that it was 20-25 meters high. I was just sick. I tried to think of how to retrieve it and even tried using conduit put together to reach it. That quickly turned to scary territory, as the tree was next to the street and many cars as well as other houses. And then it started to rain and get windy. We had a big rain storm with high winds. I was sure that I would find the drone smashed into pieces on the ground the next morning, but no, it was still up there.

Finally, after 5 days and nights, I found a tree trimmer who did his work by actually climbing trees and he agreed to try and get it for me. I stood under the tree in case it fell, I thought maybe I could catch it. He got to within about 5 meters of it and couldn’t go any further because the limbs were getting too small to support him. So, we talked, and he decided to cut the branch off, hoping that either he could keep it from falling, or that I could catch it. Neither thing happened. I saw it falling, but it didn’t come straight down. It was like being guided down by a divine hand (I do believe), and hit the ground within a 2 meter square of lawn, bordered by cement sidewalks and street. It landed on one landing gear which twisted on impact, but did not break. I ran and picked it up almost in disbelief.

It appeared completely intact. After check with a number of people on the Holy Stone Club page, I ended up setting it near a dehumidifier (since it had been out in significant rain) and leaving it there for almost a week. Nervously, I cleaned it all up, took it to a nice open area, and powered it up. What a miracle! It flew like new. If I ever had any doubt before of the quality of materials on Holy Stone drones, that experience convinced me. They are well made.