How Do You Start Drone Flying? 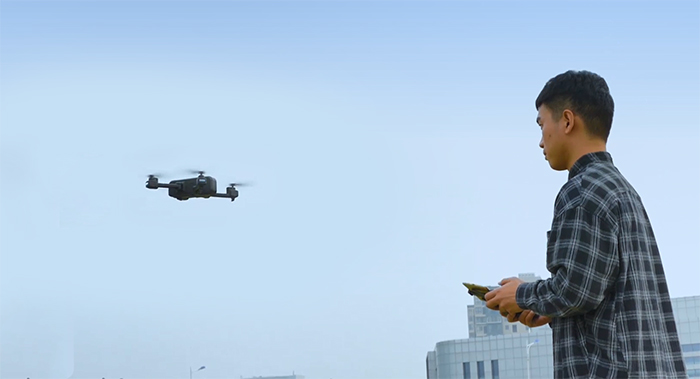 More and more people fly a drone to record beautiful landscapes and memories. Shooting from the sky like a bird is interested in a human. We could fly anywhere by a remote controller but just stand on the ground. We could see so far landscapes from our cell phone and share with everybody. Someone around you must be playing a drone.

I was looking for something affordable with a better camera, as I enjoy taking pictures and videos more than fast flying and stunts. After checking out several other models I found the HS100.

I have since made several videos and have taken dozens of photos with my drone "squad", which I lovingly call them. I have made memories which will last a lifetime. One of my videos was also featured on the local news in my area! I have posted several of my videos on my You Tube channel as well as on the Holy Stone Drone club page.

Holy Stone make a big different to me, I never thought I would have a drone before, I always wished to get a drone, any drone, I always tried to find a drone, and an amazing one, but Holy Stone changed everything, When I got my first drone from you, That moment, It was incredible, it was so amazing, The HS 160 drone was so awesome, all the amazing feature in one small drone, it was so cool. I really enjoyed having that drone and start something fun.

2017 was a tough year for me. I was in ICU for 41 days and then in rehab facilities for 7 months. When I finally was able to return home I had a long road of rehab ahead of me. I had to learn to walk again, I could barely lift my shoulders and my hand where severely constricted. I early 2018 I was able to do some minor tasks by myself. I started looking for a new hobby. After long internet searching I decided a drone would be fun. Knowing nothing about them I contacted a few drone manufacturers to try and get info about their products. I had very little success getting back responses until I came across a company named Holy Stone.

Received my first drone from my lady for Christmas. I’m currently in my 50’s, and feeling like I’m a kid again! When I opened the box, one of the first things I noticed was that Holy Stone had included spare parts with the drone, my first thought was I’m going to need them.

I was amazed that within minutes of attempting my first flight I was able to control the drone, because the HS110D is incredibly easy to fly! The drone has now had a half dozen full flights and not a single spare part has been used! I can easily see this becoming a life long hobby.

Thank you for making an old man feel young again!

Some people are because they love photography.

Some people are trying to cultivate new interests.

Some people start by receiving a Christmas present.

Some people are trying to exercise.

I feel that more and more people will use drones in the future. With the advantage of being able to fly and shoot, it can kill cell phone. Especially those who are willing to record, it is a happy thing to capture beautiful scenery from different perspectives.

How did you start flying the drone? Let's talk about it!