I Now Have 10 Holy Stone Products 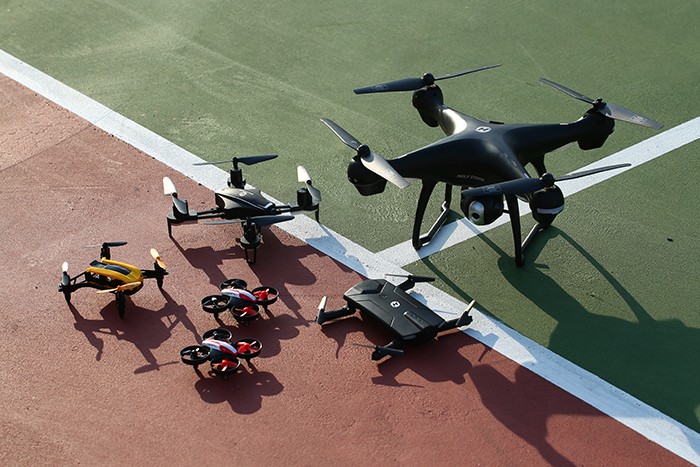 Christmas of 2017 my son bought me my first drone, sky viper v2450gps/720p camera. Flew it,crashed it,flew it more until I realized something was wrong. Realized I had broken/stripped the plastic gears. Went on Amazon and searched for parts and no luck. Did find the sky viper for sale and bought it again! First viper for parts and the second one to keep flying. After burning out more gears, the replacement process started.

Wanting something to fly, back to amazon and found Holy Stone products. After reading a number of reviews and checking out the Holy Stone web site and wanting something bigger than the sky viper, I decided on the HS400, bigger bird, camera tilts and it was red (don’t believe the hs100 was out yet!?). Flew the 400 for weeks until I over flew the WiFi and it became road kill. At the same time I began checking out the Holy Stone product and joined the group. Once on the group I found a group member that was wanting to get rid of his 400 because he was moving out of the country. Got that 400 and that’s when Holy Stone brought out the HS100 and I purchased it. While waiting on the 100 to arrive I kept flying the 400 and the viper which wasn’t a challenge because the 400 was bigger and better. I  now have plenty of parts for the viper and 400. Once the 100 arrived I started flying it and the 400.

One day flying the 400 up above my tree line, I believe I had some type of WiFi interference and off it went, never too be found again. After talking to customer service & going on line and realizing that I was able to purchase drones and buy parts for the Holy Stone product fairly cheap I now have 10 Holy Stone products! I also have multiple batteries and chargers for the drones. Also have plenty of props and motors for the drones that I have. Hold Stone and the Customer Service has been the Top Most!!!